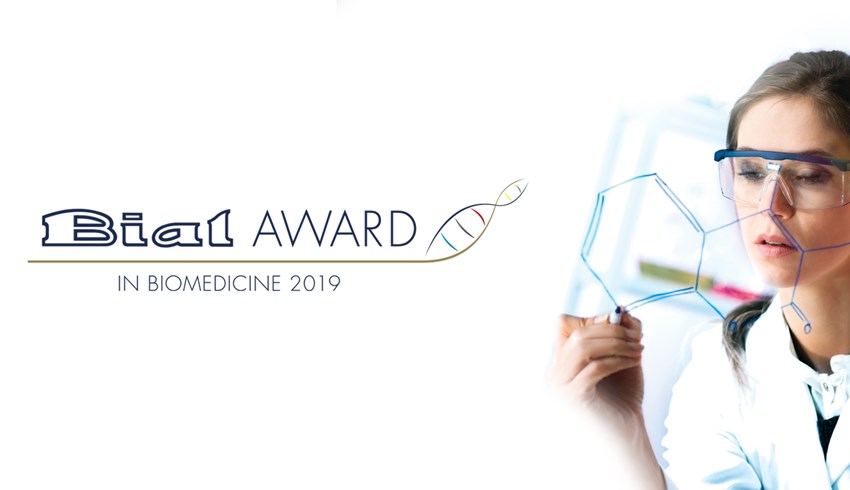 Worth €300,000, the new award will recognise high quality, scientifically relevant research in the biomedical field published as of 1st January 2010.  The award will be granted bi-annually from 2019 onwards.

The BIAL Foundation was created in Portugal in 1994, to foster scientific study through a series of awards and grants. Since its establishment, the Foundation has recognised nearly 100 written works through its awards programme and supported 614 projects through its grants.

The BIAL Award in Biomedicine has been created to extend the scope of the BIAL Foundation’s activity and to acknowledge the most notable and relevant discoveries in that field around the world. The award has the support of the President of the Portuguese Republic, the Council of Rectors of the Portuguese Universities and the European Medical Association.

The Award winner will be selected by an independent jury made up of 14 leading international scientific experts. This will include two members appointed by the European Research Council, two by the European Medical Association, two by the Council of Rectors of the Portuguese Universities, and two from prominent international scientific journals, The Lancet and the Journal of the American Medical Association (JAMA). Two further members have been chosen from the scientific board of the BIAL Foundation and two others are previous winners of BIAL Awards.

To be considered for the award, scientific works must be nominated by voting members of the jury, members of the scientific board of the BIAL Foundation, previous BIAL Award winners or scientific societies.  The jury may also invite other scientific institutions to submit proposals. Those interested in consideration for the award should apply via these channels. Entries will be accepted from 1stJanuary 2019, with a deadline of 30th June 2019.  The award winner will be announced in the first quarter of 2020.

“This novel and unique award will recognize the most outstanding and relevant discoveries made in the biomedical field in recent years. The broad scope of the award will make judging an exciting and challenging process and it is one that we are all looking forward to.” Jury President Professor Fernando Lopes da Silva, Emeritus Professor of the University of Amsterdam and scientific coordinator of the Biomedical Engineering programme at the Instituto Superior Técnico of the University of Lisbon, Portugal.

“The BIAL Foundation is delighted to be launching this award which epitomises our commitment to recognising and enhancing academic and clinical research published in recent years.  Our jury comprises leading experts in their fields, who we are confident will thoroughly scrutinize the entries, to bestow the €300,000 award on a suitably deserving piece of research.” Luís Portela, Founder and Chair of the BIAL Foundation.

Learn more about the award and its regulation.